As Sir Nikolaus Pevsner (1902-1983) puts it, St Michaels and All Angels is “a happy puzzle for the antiquarian, if a little incongruous sight for the layman”. The building is one of the most interesting examples of the development of a medieval church in Northumberland. It is a Grade l Listed Building.

William Bertram ll of Mitford, who was the grandson of the founder of Brinkburn Priory, gave the church “To Almighty God, St Peter and the Canons of Brinkburn” in 1199. It is safe to assume, therefore, that a place of worship in the form of a building on this site existed before this date, perhaps by 30-50 years. 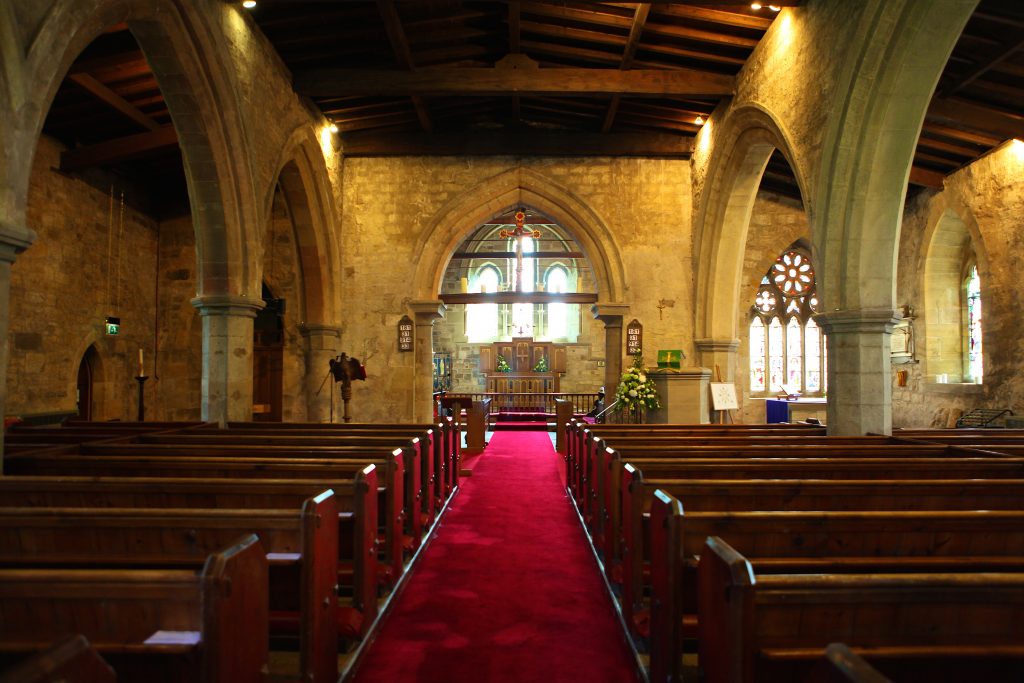 Originally, the church appears to have been a broad nave without aisles, with a small tower set centrally on the west gable, probably a north-east chapel and perhaps a chancel. The original south doorway, dating from the late 12th century survives as part of the south arcade with the Norman arch being clearly visible from the current Community Area. This doorway is part of an earlier church, now only existing as fragments embedded in the later rebuilding works of the 13th and 14th centuries. Parts of the late 12th century work remains in the supports to the chancel arch and within the chancel itself. The chancel arch was probably rebuilt in the 15th or 16th century.

The original porch was extended when the south aisle was added in the 14th century; the north aisle would have been added during the same period. It is likely that the work to the south aisle was undertaken in 1331 when Roger Morduit (or Mordint) of Eshott founded a chantry. A chantry was a trust fund established during pre-Reformation medieval England for the purpose of employing a priest to say mass for the departed souls of specified people – in this case, probably the founder of the church or his relatives. This work included a small chapel, now known as the Lady Chapel. The window above the altar of the Lady Chapel is remarkable. Dating from the same time, the geometric tracery is carved from a single piece of stone of about 2.10m by 1.30 m.

It is believed that the original pitch of the nave roof was about 45 degrees but this was lowered in the 17th or early 18th centuries. At that time, the original tower was lowered and its top replaced by the bell cote. The spiral staircase within the bell tower continues above the bell cote, showing that the tower had indeed been reduced in height. The level of the chancel roof has had more than one change but was probably returned to its present pitch in 1870. 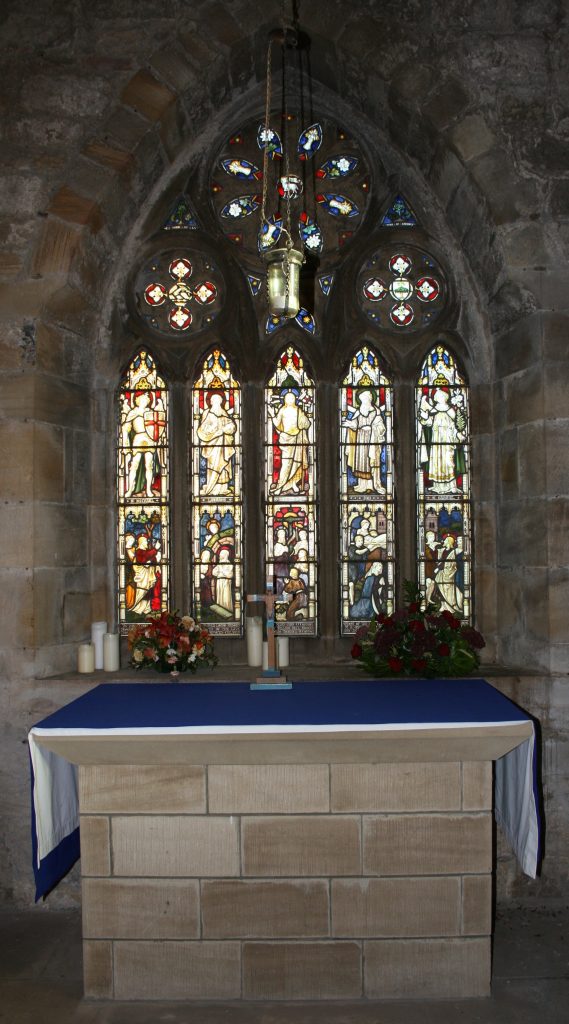 Significant parts of the church, therefore, date from before the reformation. Between 1536 and 1541, Henry Vlll disbanded and destroyed Roman Catholic monasteries, priories, convents and friaries in England, Wales and Ireland. It is interesting to note that one of the two bells in the bell cote is a pre-reformation bell that carries the inscription AVE MARIA GRACIA PLENA – Hail Mary, full of grace. Thankfully, the bell survived the destruction of the reformation. The second bell in the bell cote is thought to have been cast in 1764.

In 1759, Thomas Heron of East Thirston gave money for a gallery. It is thought that part of the north aisle was rebuilt and made wider at this time, perhaps destroying evidence of the north east chapel. This gallery was removed in 1870 when the two west windows were inserted into the west wall. These windows are dedicated to Rev. Thomas Ilderton (the vicar at that time) and are the subject of forthcoming conservation repairs.

The organ was rebuilt by Blackett and Howden of Newcastle upon Tyne in the 1960’s with a new cabinet and console. A further rebuild took place in the 1980’s when pneumatic operation was replaced by electronic switches. The organ has two manuals, swell and great, and pedal board, together with two thumb pistons and two foot pistons. The organ is recorded in the National Pipe Organ Register.

As has been seen, St Michael and All Angels has experienced significant changes over the years. This has continued in recent history as 21st century art has been incorporated into this ancient building. The Millennium Window was installed in the old baptistery in 2000. In 2009, the church undertook major alterations to install a glazed screen from floor to roof height to create a separate Community Area; Junior Church activities now take place in this area at the same time as Sunday worship.

The old font, which was believed to have incorporated 14th century stone in part of the pedestal, and a 19th century bowl, was severely cracked and considered to be a liability. In 2015, the old font was replaced by the new glass font and located in its current position at the front of the church. The design and creation of the font was the work of Colin Wilbourn, formerly artist in residence at Durham Cathedral.

There is no doubt that future changes will take place in the years to come. Blest with a growing congregation and a thriving Junior Church, St Michael’s will move with the times to meet the demands of worship in the 21st century.